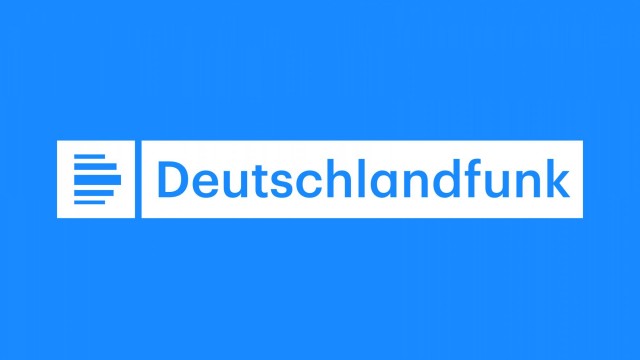 A broadcast by Gudula Geuther from German public radio Deutschlandfunk on March 3, 2020 featuring AfricaWorks co-founder Jörg Kleis. The interview was done during the German President's state visit to Kenya.

Africa’s young population is growing very quickly. This could create great opportunities for the job market. But the opposite is true. Because it is particularly difficult for young people to get jobs. And that is partly due to the training structures, as the example of Kenya in East Africa shows. During his visit last week, Federal President Frank-Walter Steinmeier saw how motivated the young people are, but also how much targeted practical training is required. Gudula Geuther reports.

Brenda Karanga stands in the workshop of the Kiambu Institute of Science & Technology, in short KIST, in front of a jaw vice, holding the hacksaw in her hand.

“I am taking the measurement of this pipe and saw it into the desired length for a project that we are doing.”

For the future plumber, this should be one of her easier exercises. This year she will graduate from vocational school after two years of full-time training with two days of theory and three days of practice a week. She has made sacrifices for that.

“I am from the other side of Muranga County and had to move to go to this school. There are schools there too, but this one has a particularly good reputation. And they said to come here for schooling.”

So do many students. They live on the school campus just outside of Nairobi or in other educational institutions that focus on the capital. That is one of the difficulties for young people in the country and that is the majority of the population. 6 out of 10 Kenyans are under the age of 25. Economically, the country is in a better position than the neighboring countries. But the approximately 800,000 school graduates per year only benefit to a limited extent. Every fourth youngster is unemployed. 90% of those who have work are employed in the so-called informal sector without a permanent job. The government spends more money on education than any other area, and also grants tuition. Nevertheless, 27,000 Kenyan shillings per semester remain for Brenda, around 250 Euros.

“Yes. I have to pay. But it’s a lot for my family. However, studying would have been even more expensive.”

For Brenda that was the reason to go to vocational school. Isaac Barasa, on the other hand, needs a degree, which he wants to get at the vocational school before he can study veterinarian or plant breeding. But that’s alright with him. He likes the approach here.

“For example, when we are taken to the field, then you not only have the school knowledge afterwards, but you also know how it is practically in the field.”

Eyleen Modyoro’s case is similar. After graduating in civil engineering, she can work in road or house construction. This is good.

For these two, their practical training is more of a transition stage, which Jörg Kleis believes is particularly important in Kenya. The education specialist for East Africa complains about what students could learn at the university, but according to him the market need is being ignored.

“It also has to do with the fact that training in the academic field is really much too academic. This is particularly tragic since we know how it could be done better. But the companies we work with regularly complain that the applicants – to put it that way – are able to calculate the diameter of a circle, but unfortunately don’t know how to drill the hole.”

His AfricaWorks HR consultancy recruits Africans after graduating in Europe and advises companies and educational institutions. He also fears that the vocational schools in Kenya often miss the the need, because:

“You have to think about the market need from the start – that’s the most important factor. No vocational school without having employers on the entrepreneurial or corporate side with whom to build it up.”

He agrees that it works better at KIST than many other places. German companies are already involved here. With the help of the German government, this is supposed to be expanded. Five and a half million Euros are to flow into a workshop building for industrial mechatronics and in training places for 280 and accommodation for 200 students. Companies have partnered with the new so-called Center of Excellence. During the visit of German President Frank-Walter Steinmeier last week, Kenya’s President Uhuru Kenyatta was also interested in the establishment of a practical university, a University of Applied Sciences. Jörg Kleis hopes that it will then really be about practice there.

This website uses cookies to improve your experience while you navigate through the website. Out of these cookies, the cookies that are categorized as necessary are stored on your browser as they are essential for the working of basic functionalities of the website. We also use third-party cookies that help us analyze and understand how you use this website. These cookies will be stored in your browser only with your consent. You also have the option to opt-out of these cookies. But opting out of some of these cookies may have an effect on your browsing experience.
Necessary Always Enabled
Necessary cookies are absolutely essential for the website to function properly. This category only includes cookies that ensures basic functionalities and security features of the website. These cookies do not store any personal information.
Non-necessary
Any cookies that may not be particularly necessary for the website to function and is used specifically to collect user personal data via analytics, ads, other embedded contents are termed as non-necessary cookies. It is mandatory to procure user consent prior to running these cookies on your website.
SAVE & ACCEPT